You are here: Home>About>The history of Blakers Park>The Children's Playground 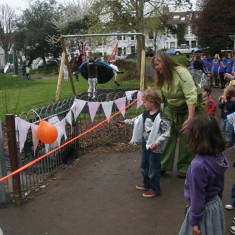 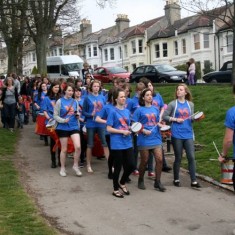 The children’s playground at the southern end of the park was the original reason for the foundation of the Friends of Blaker’s Park. In 1989 there was a Council plan to put a hard surface where there had always been grass. The Friends were formed to oppose it and, instead, supported plans for a playground, which was soon built.

In 2010 this was replaced by a brand new playground and its opening was marked by a special party organised by the Friends. Varndean School Samba Band led the parade, the youngest child present cut the ribbon and the children’s play area has been open from that day to this!